This is a guest post from the local wild swimmer. Please read, it might happen to anyone.

”I wanted to let fellow wild swimmers know about a strange, and rare, event that happened to me.

I went for a swim with an organised group at Wardie Bay on a November Sunday. I has swum quite a lot in the sea over the summer, and a few times since, including up in Clubbiedean reservoir. So I have been in cold water before.

I cycled down to meet the group and changed with them. All was well on the way into the water, it was cold but not as cold as the reservoir had felt. I was very aware of the need to make sure I came out before I had to and to watch for euphoria as a sign of hypothermia.

I did really enjoy the swim, but decided to come out when I started to feel slightly cold. And that’s when things got weird, very weird.

I don’t remember, even now, walking back up the beach and changing, but I do remember thinking I felt incredibly spaced out and disorientated and that I must ask for help. I remember the swim coach asking me the day – and really having no idea. Nor did I know how I had got to the beach, although I was vaguely aware that it was near to where I lived. I couldn’t remember at all if I had cycled or driven there.

Very reasonably, the swim coaches treated me for hypothermia, and kindly brought me to their nearby house to provide blankets, tea and bananas. I knew who I was all through but other memories were elusive, they were things I knew I should know, but just couldn’t find. I looked at my phone and saw it was November, I saw the things I’d done the day before but it was hard to pull them into my mind. Although I knew this should be hypothermia at no point was I cold or shivering at all.

Gradually my memory came back – as though the edges of a photo were crisping up and I knew what was happening. It was quite unnerving but I didn’t feel agitated or distressed, in fact the feeling was quite pleasant, like being drunk but not ill. I began to have a blurred memory of where my bike was parked. I texted a GP friend to come and sit with me, and the coaches gave me and my bike a lift home. I could direct them to my house although had times when I looked at the passing houses with no recognition of where they were, and then the direction to turn would come back to me. By the time I got home I was pretty much my normal self, just a little slowed down and spaced out feeling.

I spent the afternoon resting, and called another medical friend that evening, this one a Professor of neurology. I should explain I am also a doctor and so have a lot of friends who are! She swims daily in the sea, and was alarmed to hear of what I thought was a strange episode of hypothermia – strange as I had no signs of cold at any time.

We talked more about how I had felt, and then she said ‘I think you had TGA!’ As a non-neurologist I couldn’t even remember what this was (and that’s my normal not disorientated state). It is Transient Global Amnesia, and can be triggered by cold water immersion (as well as other exciting experiences like big sporting occasions or even sex.

It’s very rare (happens to about 1 in 10,000 people) and the main risk factor is a history of migraines. It is shortlived, and the only long term effect is that you never remember the time of the actual episode. There is not much known about why it happens, a although there are some theories and it seems to relate to the hippocampus, the part of your brain that makes memories. Essentially, you lose access to memories and stop making memories for a short time.

I consulted another Neurologist the following day and the diagnosis was confirmed. Like I say, it’s very rare and pretty unlikely to recur. I’m in famous medical company as Dr Michael Mosley (the 5:2 guy) describes having had such an episode – and he still swims!

So, why am I sharing this? Partly because I just think it’s interesting (but I would because it happened to me), but also because it might happen to others, especially if you have a history of migraine – but even then it is very rare.

If you or anyone you are with in the water becomes confused or doesn’t know where there are you should always, always treat as hypothermia as that is life threatening.

But if the person stays confused or disorientated think about taking them to hospital for an assessment. And if you have a marked loss of memory like I did, particularly with a history of migraine it could be TGA. As more and more of use throw ourselves into cold water, I wonder if we may see a little more of this strange thing.” 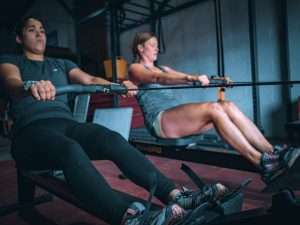 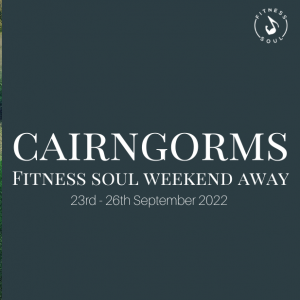 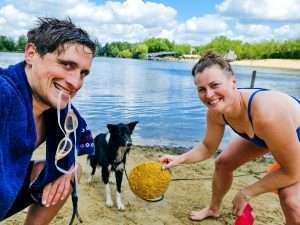